We know that online poker today is tough and you need to utilize every possible edge to maximize your winnings at the table. Finding the best tables to play on is impossible without up to date statistics and data on the player pool and consistently playing pots against opponents with no reads or statistics is a sure fire way to lose your bank roll fast. Never have these problems again with HHSmithy.

Picking the best tables to play on can be the difference between being a winning poker player and a losing one. Without knowing who is sitting at each table, their win rate, and statistics its impossible to find tables with the weakest players and maximize your edge and profit. 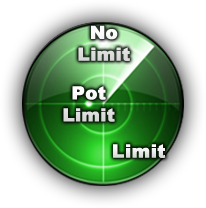 Use hand data to exploit your opponents.

Your on the cut off with AJo and a player under the gun has opened, what do you do? Well if they are an unknown, you probably have to fold. However, if you have some reads, you can analyze their early position raise percent, their fold to three bet, their chance to continuation bet and hundreds of other statistics to decide on most profitable decision. Stop playing tough spots against unknowns and start exploiting their weaknesses.

You’re waiting for heads up action and an unknown player sits down with you for less than 100 bb. Is he a tough regular trying to trick you into playing, a player of a similar skill level, or a casual player looking to have some fun at his own expense? Without detailed statistics, you’ll have to play at least few hundred raked hands to find out. This could not only cost you ten or twenty big blinds in rake, but it could cost you a few buy ins. For a fraction of the cost you can have data right at your finger tips so you can make the best decision before it costs you your bank roll.

Sometimes your opponents seem to consistently get the better of you. They three and four bet at all of the right times. They raise and fold to your continuation bets with unbelievable accuracy. Instead of paying multiple buy-ins to figure out how to best play back, analyze the hundreds of thousands of hands they’ve played. Modern day poker tracking applications such as Hold’em Manager and Poker Tracker make looking through millions of hands an absolute breeze.

Increase Your Winrate with HHSmithy

Know what you want? Click here to get started!
Supported payment options:
Need more? Let us know!
Sites we support:
Don't have your site? Tell us which to add.
Proudly Using: